skip to main | skip to sidebar

So I'm halfway through the six month plan I made when I started this blog. So I thought I would take stock of what I have managed so far.

My first and foremost accomplishment is that my WW2 operation squad force is complete! I have posted pictures of some of it and am hopeful of having the rest of them photographed and posted here by the end of the week. I have been having a blast with Operation Squad although these last few weeks have seen a bit of a lull due to other commitments.

I have also managed to connect with the local hysterical historical gaming community. I've played with several new people and taken part in an epic 6mm Battle of Antietam game.


As well as enjoyed a WW1 Naval battle in which I was handily defeated by the British. There seem to be a great group of guys around here and even some interested in pike and shotte period minis.

Which brings me to my pike and shotte army… Absolutely NO progress has been made on this front beyond taking a couple of models off the sprue to do some test pieces. I did manage to pick up all the requisites including the elusive yellow spray paint that I wanted to get them started. Bad weather and real life commitments have been mostly to blame for this but I have also continually put it on the back burner for other projects. Hopefully as the weather cools off I will find more time to work on this.

I have also failed to sell off any of my Warhammer Fantasy stuff. I think I might have been more successful in this had our purchase of a house gone through and the lust for gold had overcome my sentimental attachments. I am content to hold onto them however because my best friend is coming in February and it will be fun to have a variety of armies to field.

So that concludes my successes and failures for the first three months of my grand plan. So what are my new goals?

1. Have an awesome holiday season and decide on a Hallowe'en costume.

2. Speed up my microbiology course work a bit.

3. Finish at least the first part of my Spanish.

4. Construct a convincing deck of a Napoleonic ship in 28mm scale

5. Paint a pirate and Royal Navy warband to fight on the aforementioned deck.

6. Maybe add a unit or two of Skaven to round out my Warhammer fantasy army.

Given the hustle and bustle of the holidays this expanded scheme should carry me through to about February although I suppose I can hope that It might be finished sooner than that...
Posted by Austronaught at 7:10 AM No comments:

At long last the first wave of my Chindits is ready! So without any further ado... 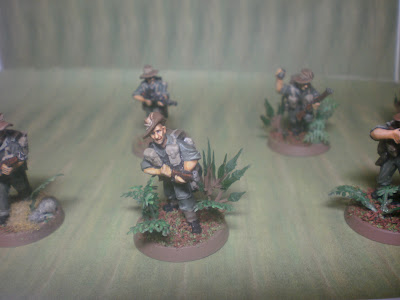 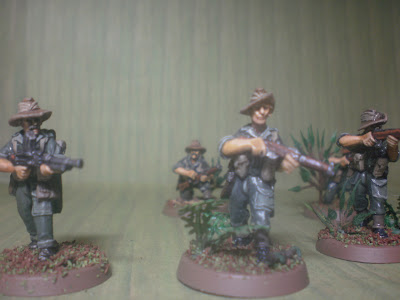 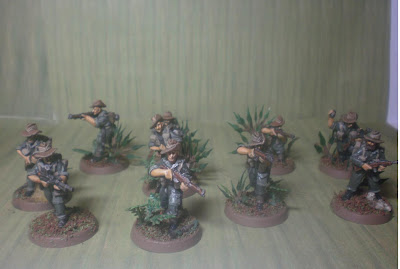 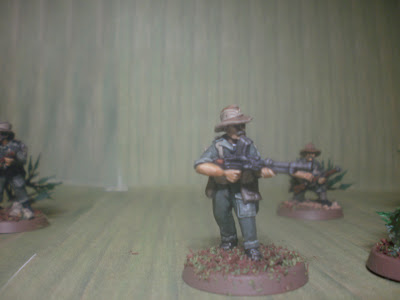 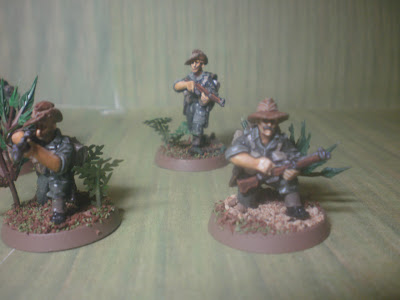 At the time of posting this I have actually nearly completed the next ten, I just need this foul weather to lift so I can give them a spray of varnish to seal them. I have nightmares of all the paint flaking off during play...
Posted by Austronaught at 6:25 AM No comments: